Senator Scott Wagner and others cut the ribbon on a New Penn Waste facility
Hose reels on columns put the oil and air where it is needed
Double rows of hose reels supply air and oil to head-in bays
Piping to supply 6 reels is neatly tucked into the back side of the column
Hose reels put air where it's needed and keep the drive-thru bays tidy
Piping for air and fluids is kept tight to structure making it barely visible.
3 oil, 2 air and a grease reel on columns.
Spotless tanks under a bank of hose reels
Previous Next 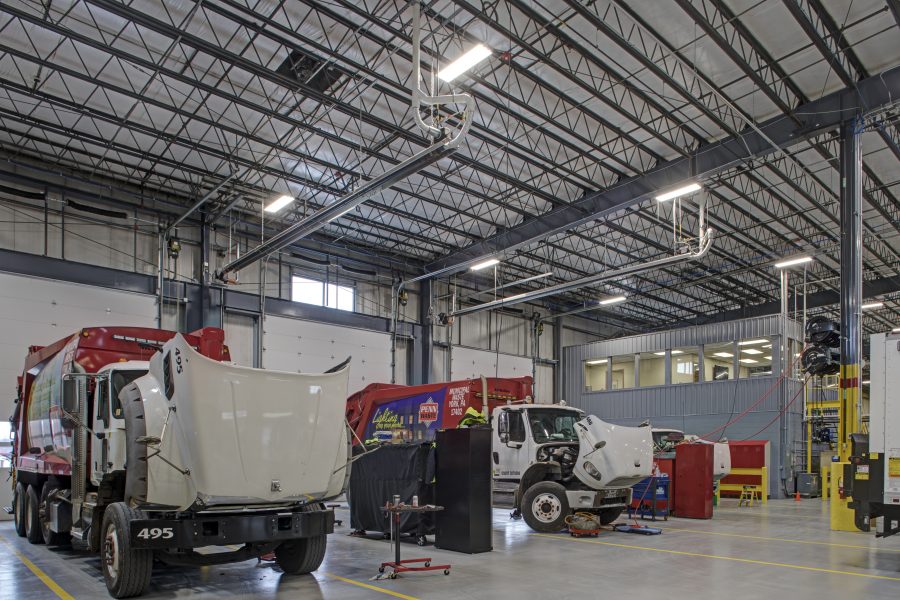 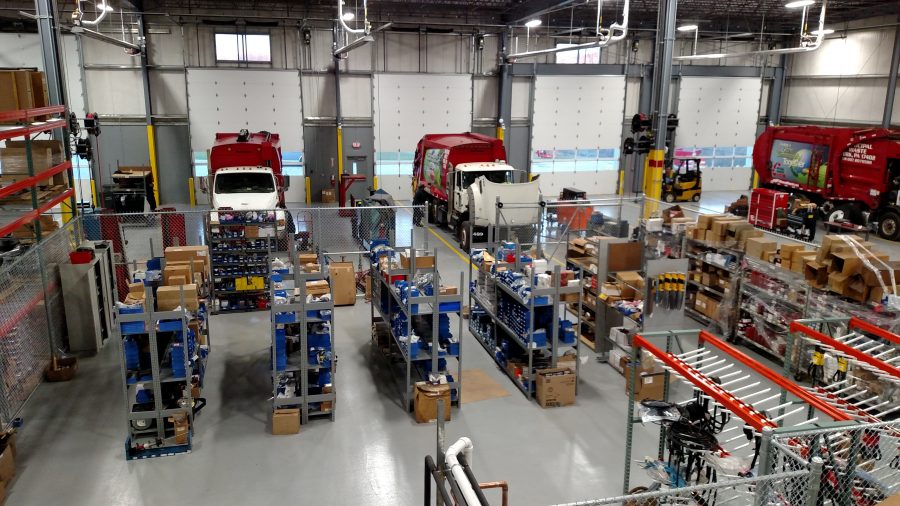 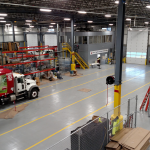 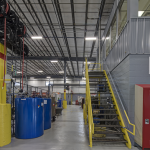 Haldeman is proud to have played a part in this award winning project.  Long time customer Penn Waste approached Haldeman with plans for turning the existing recycling building into a state of the art fleet maintenance facility.  Detailed planning with an emphasis on safety, efficiency and innovation resulted in a new shop that earned the builder national recognition for excellence in construction.*

An extensive network of piping delivers compressed air, grease and 3 oils to multiple drive-thru and head-in bays. Piping is installed tight to the ceiling and kept close on the columns making it barely visible.  Double rows of hose reels allows 6 reels to fit neatly on a column.  The over-under layout eliminated the need for additional steel work while conveniently locating air and fluids at the head of each bay.

*The ABC National Excellence in Construction Eagle Award is the highest level of recognition in the category given to only one organization throughout the U.S.A. and Canada 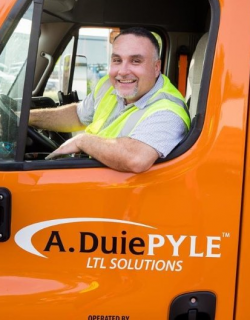 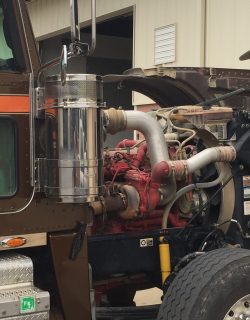 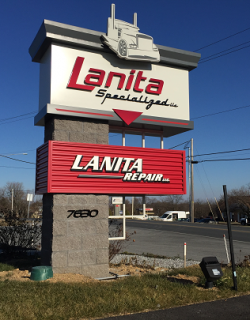 Haldeman Equipment is intent on building strong, lasting relationships servicing the Automotive, Truck Fleet, Farm Equipment, Industrial, and Specialty markets with the highest quality installation and customer service. We have partnered ourselves with leading manufacturers in today’s Lubrication Equipment industry.